E-NewsletterSubscribe to the Kane County Connects
E-Newlestter to receive project updates on all Kane County projects.

Fabyan Parkway, bordered by the communities of Geneva and Batavia, crosses the Fox River between IL 31 and IL 25. Through the Fabyan Parkway intersection, IL 31 is on a horizontal curve that is slightly superelevated. While the west leg of Fabyan Parkway is nearly perpendicular to IL 31, the east leg is angled at approximately 68°. This severe skew creates an uncomfortable maneuver for through and turning traffic on Fabyan Parkway.

There are two through lanes in each direction and single left-turn lanes on all four legs. There are no right-turn lanes despite the heavy traffic volumes, which is a contributing factor to the intersection’s congestion. The Fabyan Parkway Trail crosses the south leg and connects to the Fox River trail within the Fabyan Forest Preserve. Sidewalk exists along the west side of IL 31 north and south of the intersection, though there is no crosswalk on the west leg.

The existing traffic signal has video detection and protected, plus permitted, left-turn lanes which provides for an exclusive phase for left-turns and a permissive phase during which left-turns can be made if gaps in opposing through traffic allow. There is a pan-tilt-zoom (PTZ) camera on the combination mast arm in the southwest corner that allows KDOT to review high quality real time video and still images over the internet of the intersection. There is intersection lighting in all four corners, which is separated from the bridge lighting system to the east. The other three (3) legs do not have approach lighting.

The west end of the bridge carrying Fabyan Parkway over the Fox River is only about 400’ from the westbound stop bar at IL 31.

‍‍The Campana building and property in the northwest quadrant is listed on the National Register of Historic Places and has seen proposals for redevelopment.

Video Detection: Video cameras mounted to the traffic signal post that utilize a grid type system to detect the presence of vehicles which triggers a change in the signal phase.

Combination Mast Arm: Traffic signal posts at an intersection that have both a cantilevered arm with signals heads on it and an arm with roadway lighting. 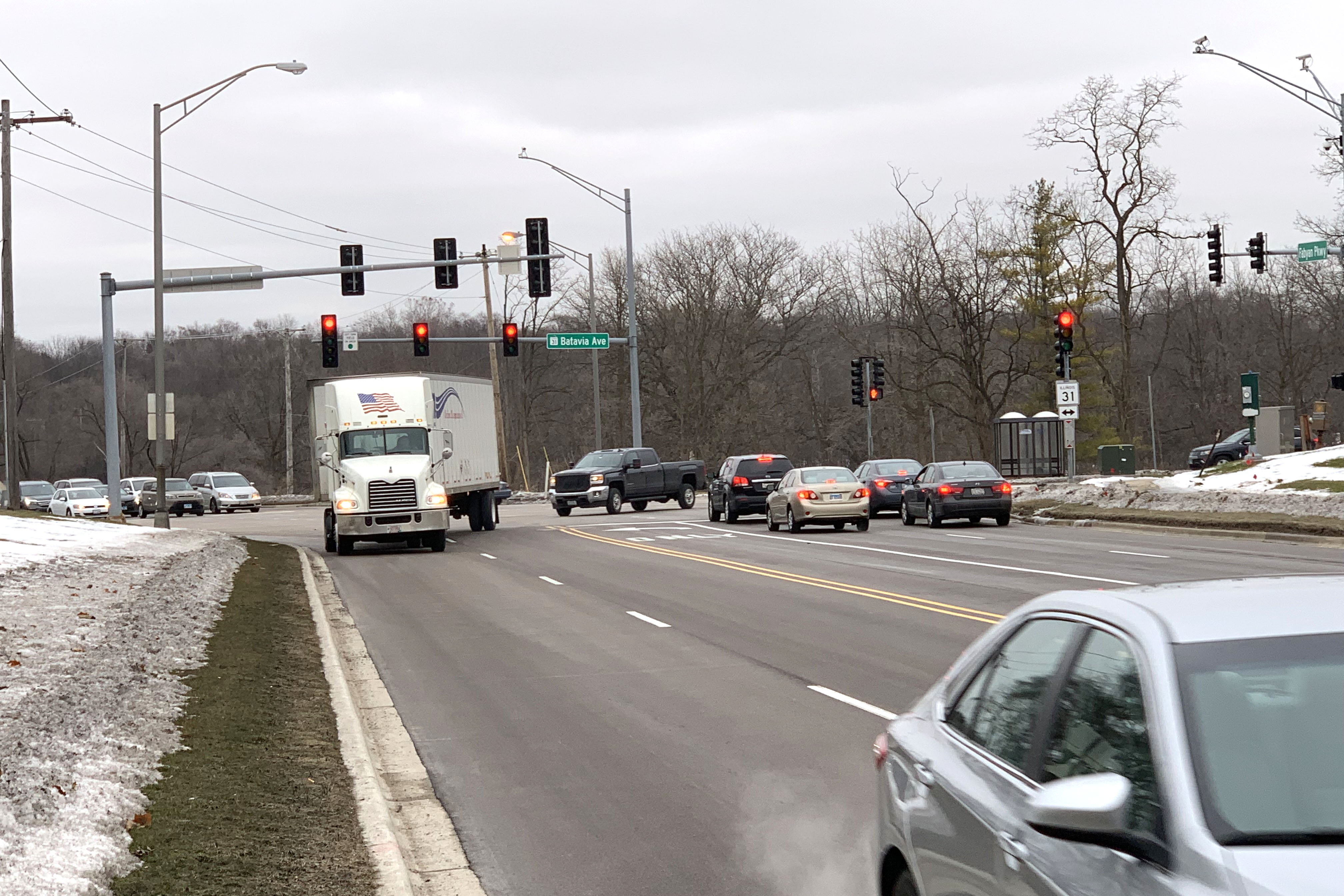 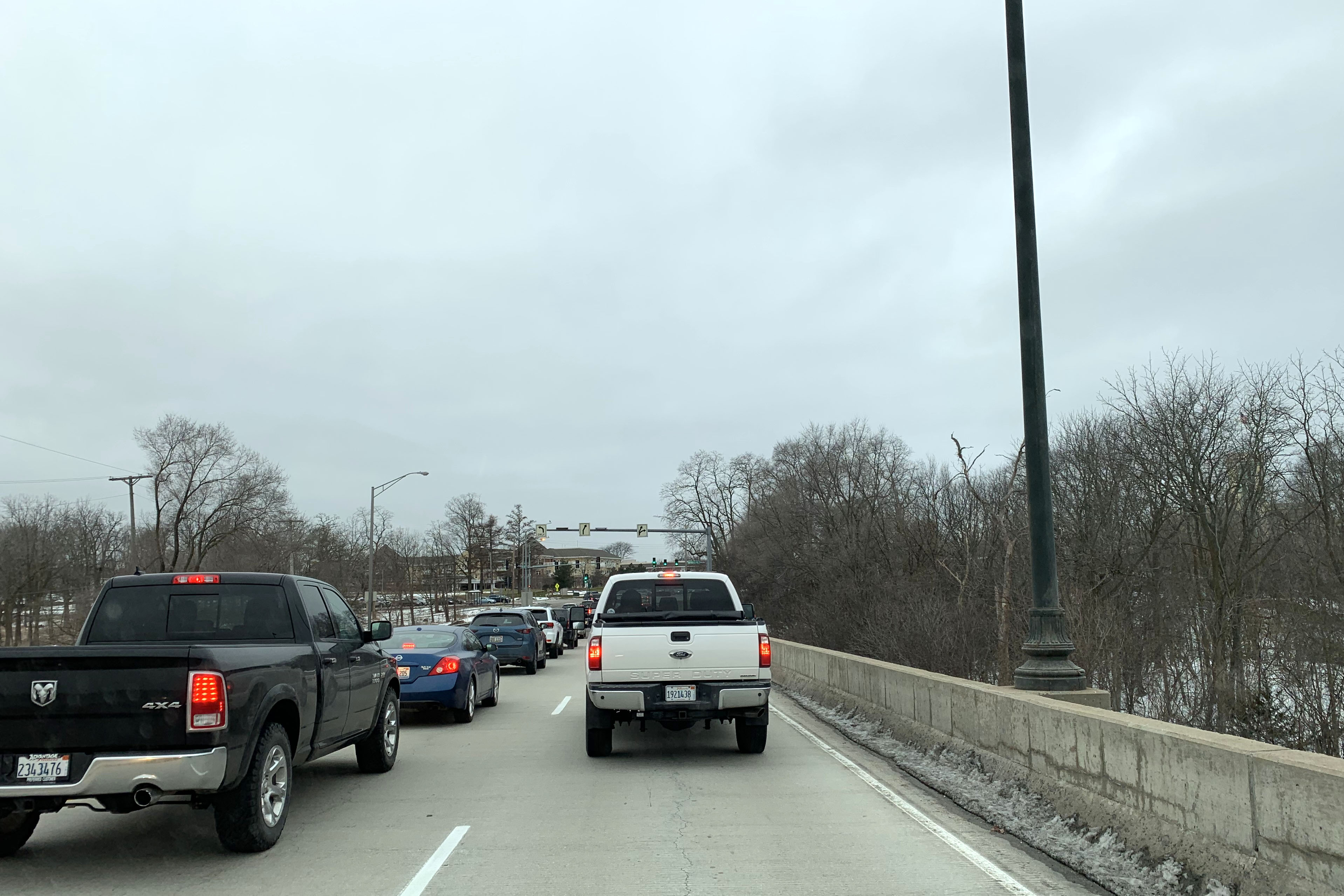 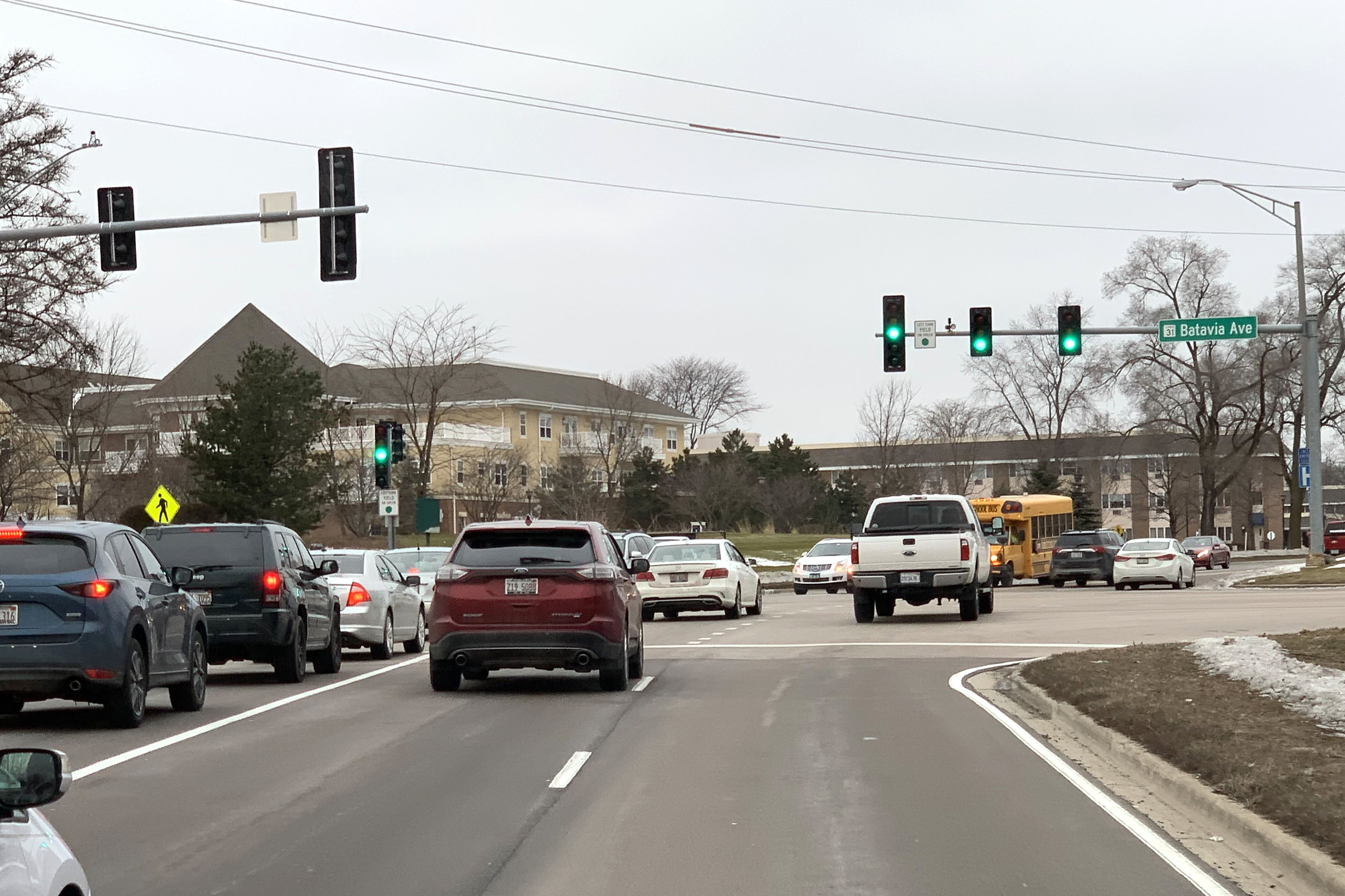 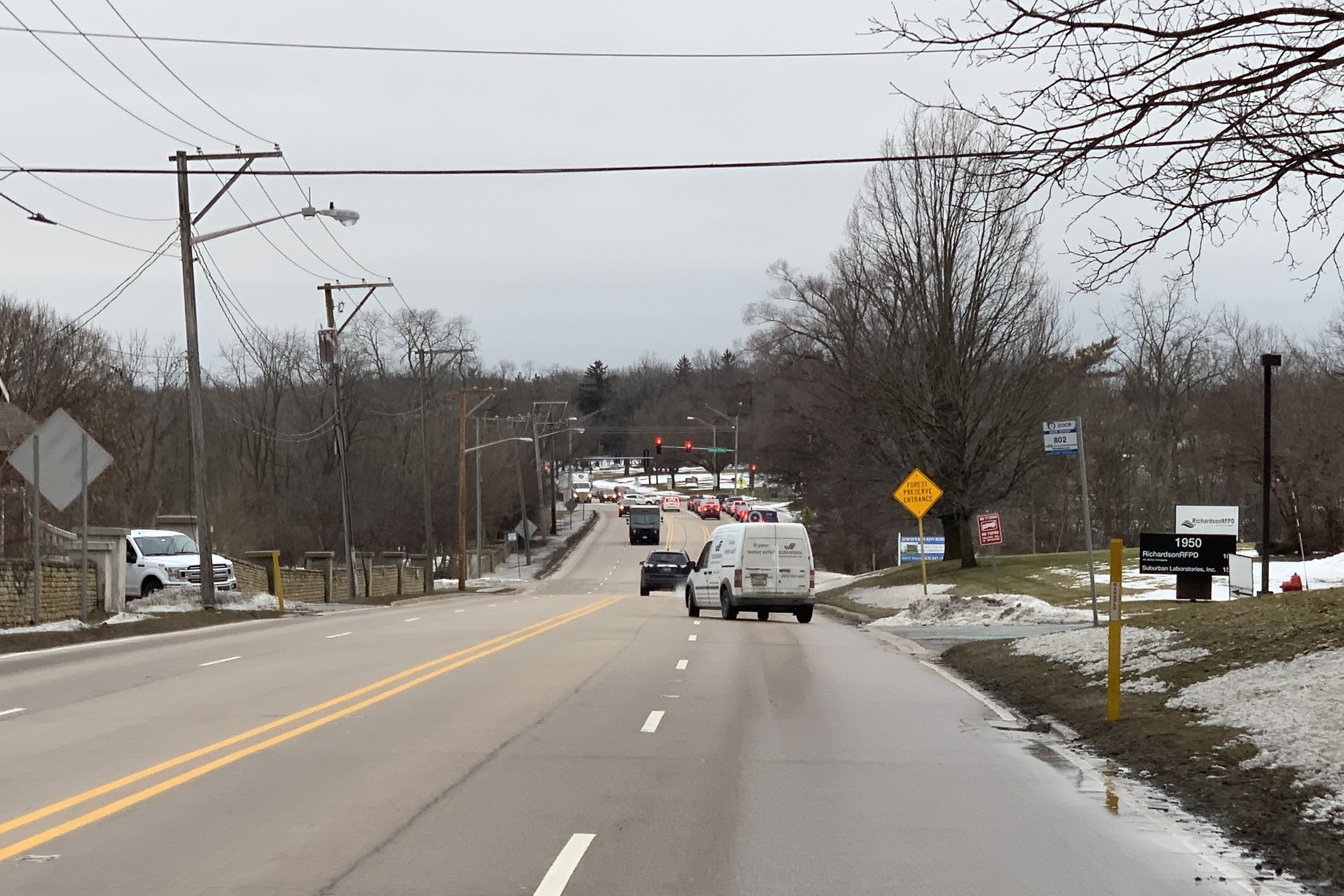 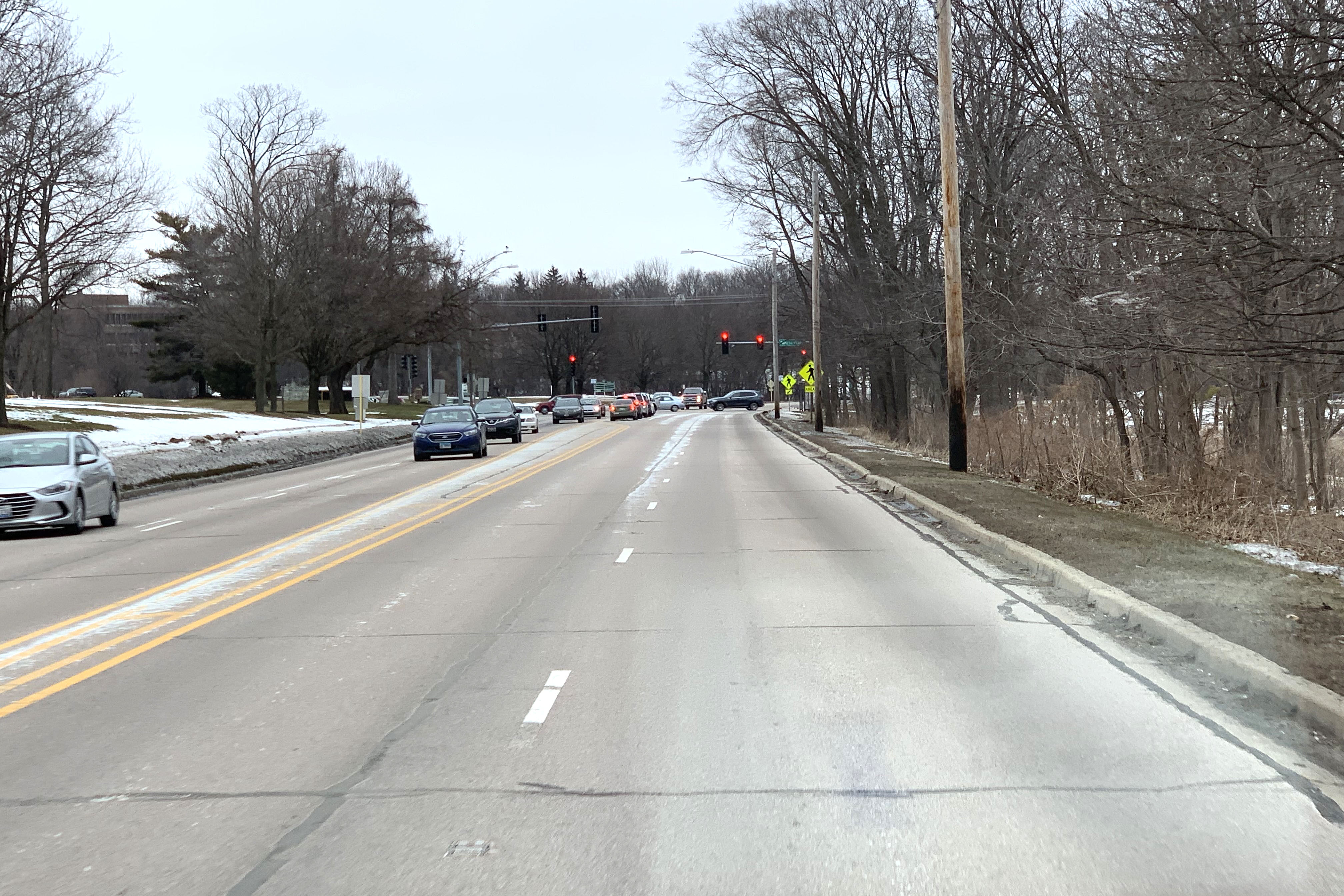